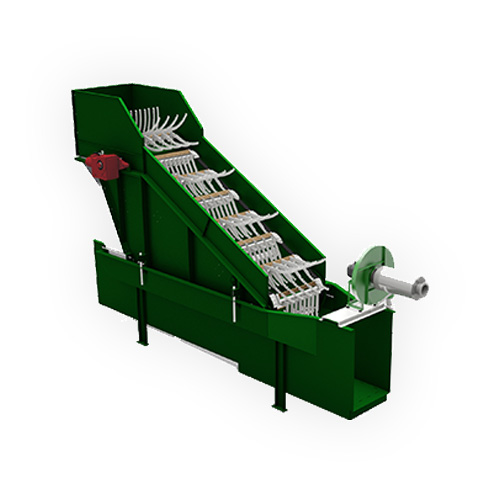 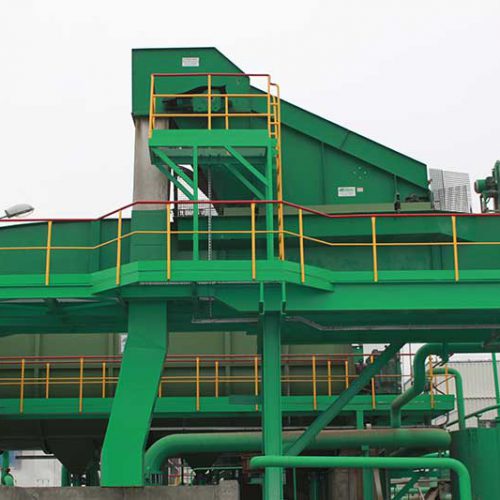 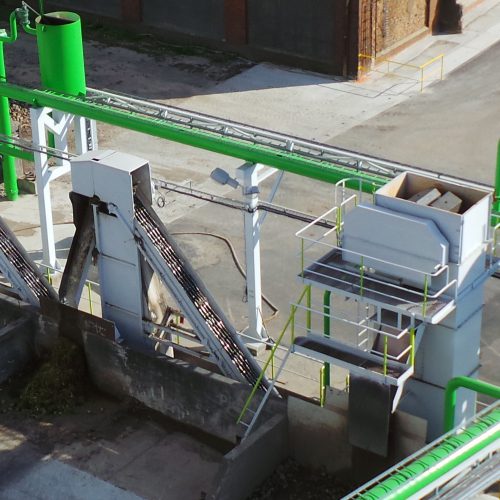 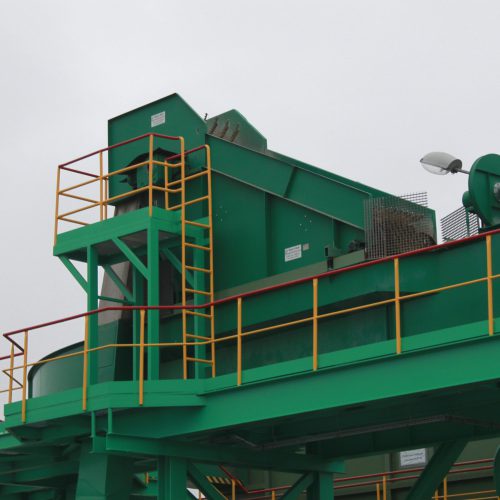 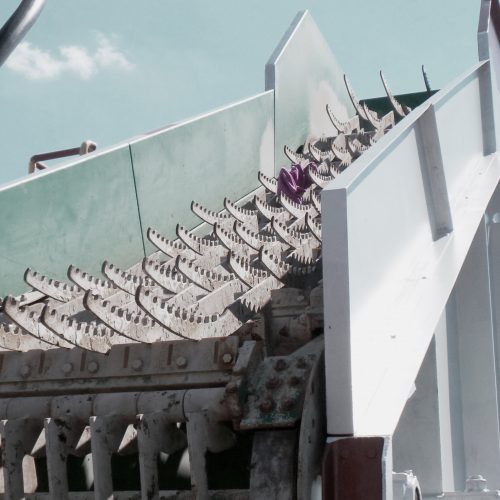 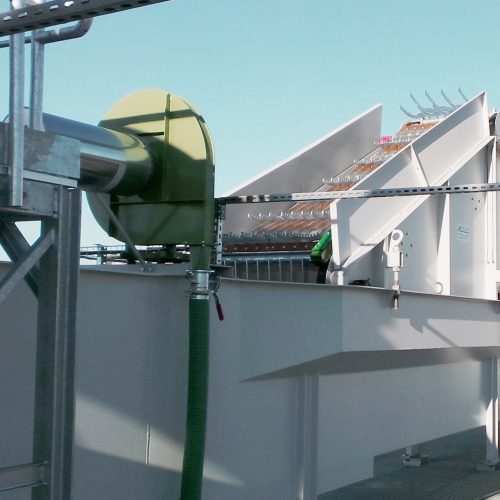 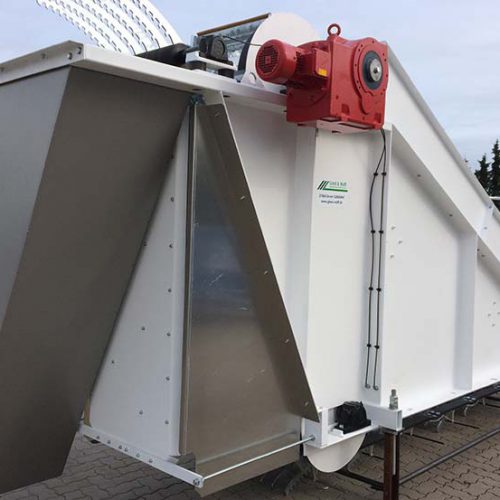 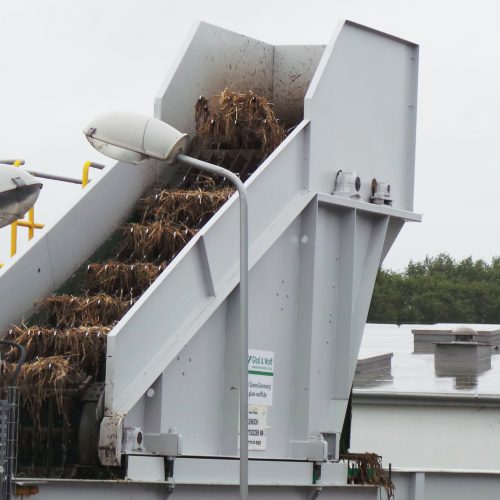 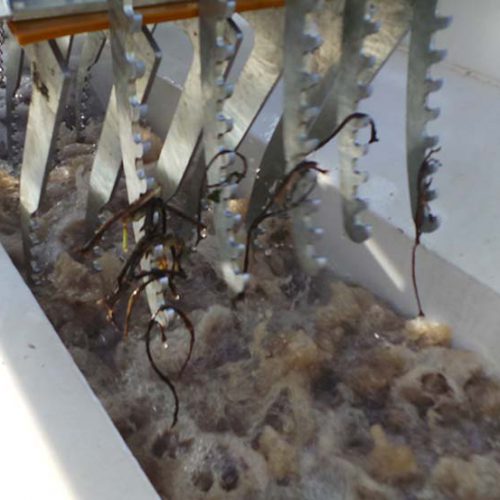 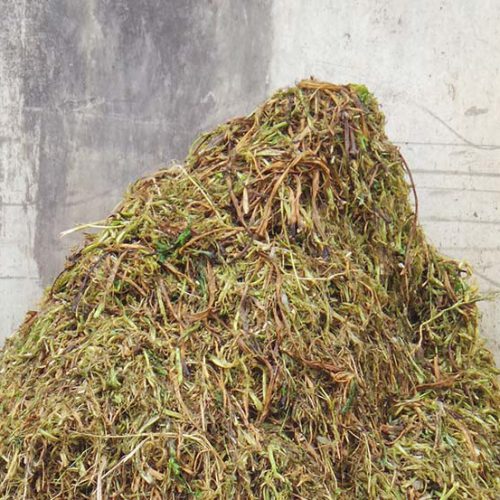 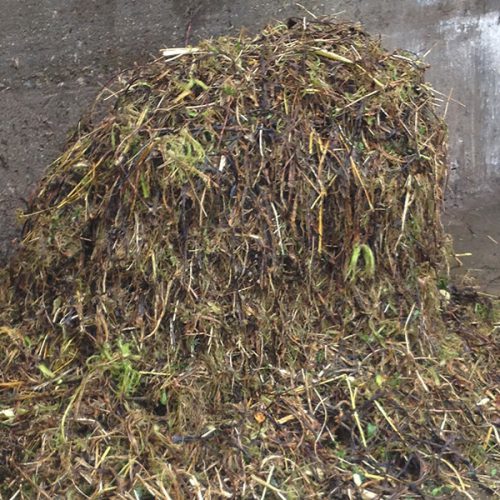 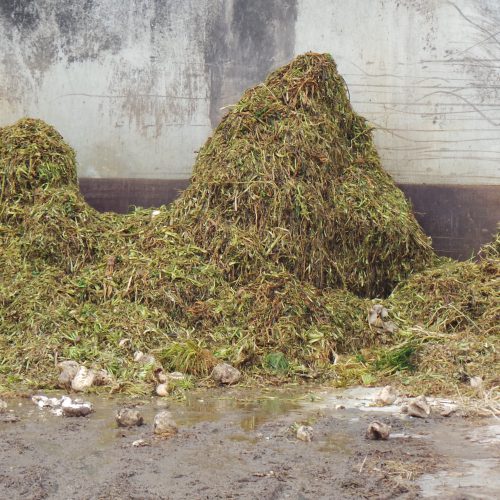 A special accelerator for the collecting arm is installed at the delivery point for the leaf chute. The collecting arms are accelerated over “noses” at the pivot point and abruptly decelerated against a pivot mounted rubber roller. Because of the sudden braking, the foliage is properly knocked off of the capture arm. The foliage is discharged for further use via a leaf chute made from stainless steel.

Our machines are provided with a special flume element designed to accommodate belt belt type weed catcher. In the inlet area, the flume element is equipped with a pneumatic leaf lifter, screw-mounted onto the base plate. The pneumatic leaf lifter is supplied by a powerful fan, which is positioned above the flume on a welded console, supplied with compressed air through a pipe connection. In the base plate, an air receiver is welded under the rim. The base plate is provided with ventilation holes. The air escapes through the ventilation holes in the base plate and drives the long-fibred foliage along the surface of the beet-water current. The effectiveness of the belt type weed catcher is thereby further improved.